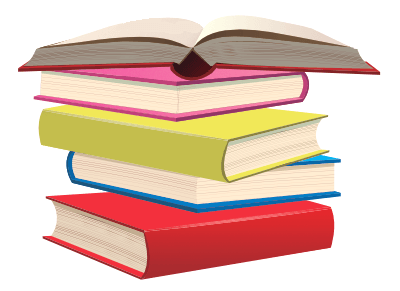 Our group meets on the first Wednesday of the month at 7.30pm to 9:00pm in the library or in the garden weather permitting. For further information please contact Fiona White on 07941 634899.

There is a small charge per meeting. We periodically do book….

After his success with Reasons to Stay Alive, a memoir of how he found ways to make the most of his time on earth, Matt Haig continues this theme through fiction in The Midnight Library.

Nora Seed, the protagonist, experiences despair in her ‘root life’ but when she enters the Midnight Library, after attempting suicide, she has the opportunity to try some alternative iterations of her life. This enables her to reflect upon regrets and choices and identify that she really does want to live ….

Along with Nora, we can think about the crossroads, choices and regrets of our own lives and come to realise that what we wish for rarely turns out as we might imagine.

Matt Haigh continues to be a champion for mental health issues and we thought that the positive message of this book could be helpful to adults and young people.

Claire Fuller’s fourth novel Unsettled Ground was shortlisted in 2021 for the Women’s Prize for Fiction. Fuller did not start her working life as a writer, instead opting for a fine arts degree and managing a small marketing business. It was not until she was 40 and after reading Miranda July’s text Learning to Love You More, a book encouraging people to step outside their comfort zones and express themselves in artistic ways, that she decided to enter creative writing competitions at her local library. This then resulted in her choosing to do a creative writing MA and eventually switching careers to become a full-time writer.

Unsettled Ground centres around 51-year-old twins Jeanie and Julius who have lived all their lives with their mother Dot. Once she dies in the opening chapter, the book then charts their daily struggles such as managing practical difficulties, the debts left behind by their mother and navigating what their future life might look like.

Fuller has said that the inspiration for the book came from a discovery of an abandoned and vandalised caravan in the middle of a Hampshire wood. It was filled with the previous occupant’s possessions and it led to her speculating who might have lived there and why they would chose to leave their things behind. She concluded that they may not necessarily have chosen to live there through choice but rather because of circumstances out of their control. The caravan and its significance become apparent halfway through the book as Jeanie and Julius’ situation becomes increasingly dire.

The book provoked lots of interesting discussion between members. Not least the idea of rural poverty and living on the breadline, sadly all issues pertinent to today. We agreed the book was a powerful portrayal of desperation and highlighted issues such as poverty but also adult literacy and how this added a huge complication in the struggles faced by the central character, Jeanie. This portrayal left many of us feeling frustrated with her as she refuses to accept help. A number of us also commented on the relationship the twins must have had with their mother Dot and we discussed reasons why she may have kept them so close but also withheld so many secrets that served to oppress and keep them close.

There are light moments within the book such as when Jeanie and Julius play their musical instruments and perform their folk songs at a local pub. This moment served as a contrast to the struggle engulfing the rest of their lives. There are some lovely descriptions of nature which illustrated Jeanie’s ability to manage plants and nature much better than she can human company.

Towards the end, the novel reaches a climactic reveal which had been hinted at from the very beginning. It is Jeanie’s understanding of this reveal that then leads Fuller to explore the idea of memory and what it means to have to radically readjust. Overall, the group found this ending to be a little unbelievable, as they did certain other elements of the text such as the disposing of a body. It presented the opportunity for lots of topical debate and discussions around character representation that made for an enjoyable meet.